Texturants
Consumers are constantly looking for new and satisfying sensory eating and drinking experiences. From low-fat or low calorie to clean label or gluten-free, our extensive range of texturants can help you meet their changing needs.
Introducing TEXTURE-VANTAGE® Expert Systems

Choosing the right texturiser can be a lengthy and difficult process as it requires time-consuming and costly research to understand how texturisers will be influenced by the other components of the formula. To address this challenge, Tate & Lyle is investing in a suite of cutting-edge texture design tools and is inviting food and beverage manufacturers to work with our scientists as they apply these tools to efficiently solve their formulation challenges.

TEXTURE-VANTAGE® is a registered trademark of Tate & Lyle in the UK and EU. 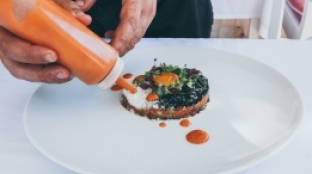 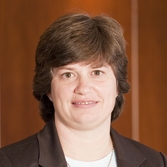 Customers are increasingly searching for innovative ways to simplify their ingredient lists. But, cleaner labels can come with compromises. We’ve worked hard to ensure our customers don’t have to compromise — helping to make their products both healthier and tastier.
Judy Whaley
Senior Vice President, Research & Development, Innovation and Commercial Development

Thickeners are used to increase the viscosity of foods in the liquid state. Thickeners are widely used in dairy applications, puddings, dessert fillings, soups, sauces, dressings, and bakery mixes.

Starch thickeners are comprised of intact starch particles that swell in water when cooked, increasing the viscosity of the thickened food through particle-to-particle interactions.

Gelling agents are used to transform a liquid food mixture into a solid food. They are widely used in gum sweets, jams, jellies, meat, custards, puddings, spreads, and yoghurt.  Gelling agents typically have low viscosity during preparation of the hot food mixture and are triggered to gel after cooling.

Starch gelling agents are designed to have specific viscosity profiles during cooking; they typically contain linear starch chains (amylose) which self-associate to form a network after cooling.

Emulsifiers are used to prevent oil separation from the water phase in foods. They are also used in conjunction with other encapsulation ingredients to form solid powders with embedded micro-encapsulated oils.  Emulsifiers are used in beverage emulsions to stabilise flavour oils, and are used in food flavour systems for encapsulation of flavours and other volatile compounds into powders.

Film formers are used to coat food substrates, and subsequently thicken or solidify to form a glassy or rubbery film. The film forming process typically involves a drying or baking operation to remove moisture from the film and trigger the solidification process. Film forming materials are used in confectionery coatings, fried potato coatings, bakery coatings and snack coatings. Film forming materials are also used to improve dough formation for snacks and bakery items.

Starch and dextrin film formers for sweets, potato coatings, bakery coatings, and snack coatings are designed to be low in viscosity and have stable viscosity during coating processes. During drying or baking operations, they undergo a transition from a liquid state to a glassy or rubbery state. These coatings provide gloss in confections, bakery, and snack coatings while providing crispiness in potato coatings.

Starch film formers used in dough are higher in viscosity and are designed to hydrate rapidly in low moisture recipes, forming continuous starch network in which other bulking materials such as flour and potato flakes are embedded. This starch phase typically reduces the dough firmness while maintaining elasticity which in turn allows greater expansion of the dough during baking and results in increased crispiness of the baked product.

Functional powders are applied topically to foods to deliver flavours, spices, and sweeteners; they are also used to modify surface appearance.  Functional powder coatings must have good flow properties when they are applied, adhere to the food substrate, achieve uniform coverage, and avoid excessive dusting. They are used widely on snack products, cereals, and confections.

Starch powder surface properties are tailored to improve adhesion, enable non-dusting, free-flowing properties and to make them suitable as moulding materials for sweets.

In many foods, texturants are used to increase the energy density of the food by increasing the carbohydrate solids. Bulking materials are critical to deliver textural attribute such a firmness and denseness in low moisture foods including cereals, bakery items, and snacks. Bulking materials are also used as carriers and diluents in spices and powder mixes and as powder coatings for meat prior to frying.

Starch bulking materials are typically native starches, varying in moisture content and microbial specifications for use in a range of applications.

Our starches have a role in crumb structure development, suspending fruit solids in fillings or particulates in batters, controlling cookie spread during baking, and developing the right texture of cookies and biscuits. Texturants maintain moisture and extend shelf life of cakes, muffins and pastries and are essential in developing gluten free baked goods.

Our starches can be used to stabilise flavour and cloud emulsions for carbonated and non-carbonated beverages, contributing low viscosity at high solids levels, replacing or extending gum Arabic, and adding mouthfeel to low-fat dairy beverages.

Our starches provide creamy texture, uniform viscosity, and improved mouthfeel for low
or non-fat dairy products. They can also be used for gelatin replacement, emulsion stabilisation, water binding and structure development in a variety of dairy-based foods.

Starches develop viscosity and a set texture in your mayonnaise, dressings, and dips, extend pulp in your soups and play a critical role in maintaining the integrity of products through processing and stability during shelf life. Texturants also suspend particulates in sauces and enhance creaminess in low-fat versions of customer favourites.

Non-GMO brochure
Find out more about our non-GMO starches range.

Texturants in Bakery
Find out how our texturants can be used in your baked goods and snacks.

Texturants in Dairy
Find out how our texturants can be used in your dairy products, from yoghurts to chilled desserts.

Texturants in Confectionery
Find out how our texturants can help you achieve your desired texture across your confectionery range.

Texturants in Snacks
Find out how our range of texturants can enable you to achieve the snack
experience your customers crave.

Texturants in Soups, Sauces and Dressings
We can help you to create creamy soups with less fat, smooth dressings, thicker sauces and vegan spreads.

Whether you need to reformulate an existing recipe or want to create a new product to meet consumers’ ever-changing demands, we work in close collaboration with your team to understand your unique challenges and the product characteristics you want to achieve.

Discover how applying our ingredients can solve your challenges 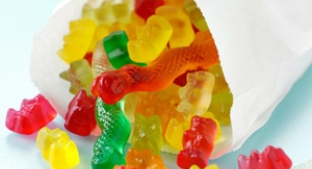 Tate & Lyle announces several new additions to its portfolio of Non-GMO texturisers. These include new gelling starches designed to optimise texture in jelly confections and processed cheese and are the company’s first Non GMO... 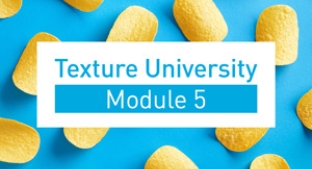 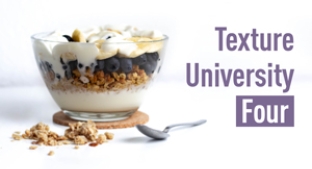 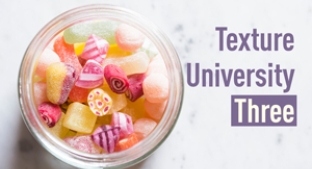 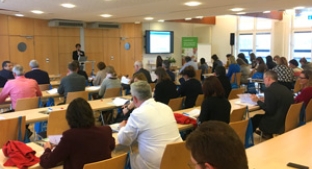 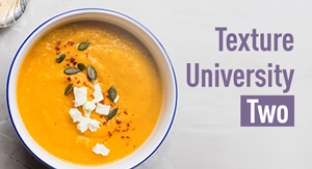 Following on from the successful launch of the Texture University quarterly webinar series, Module 2 aired on Tuesday 19 March, titled Formulating with Cook-up Starch Thickeners – Solutions Made Easy. The module tailored for Asia-Pacific...

Get in touch if you need help with your texturants challenges.

This product information is published for your consideration and independent verification. Tate & Lyle accepts no liability for its accuracy or completeness. We may change this information at any time. The applicability of label claims and the regulatory and intellectual property status of our ingredients varies by jurisdiction. You should obtain your own advice regarding all legal and regulatory aspects of our ingredients and their usage in your own products to determine suitability for their particular purposes, claims, freedom to operate, labelling or specific applications in any particular jurisdiction.