The way consumers in China eat, drink, and move and the subsequent effects on their health has shifted greatly since the founding of the People’s Republic of China in 1949.1 Official reports have been released and are being used to understand how changes in the behaviours of Chinese consumers affect nutritional status and health. 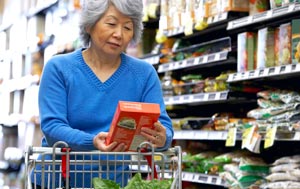 These reports included the China Health and Nutrition Survey (CHNS) and China’s Dietary Guidelines: Scientific Research Report (CDGSRR), which were published by the local nutrition professional community.2,3 The detailed, multi-level, multi-purpose nature of these reports has provided the means to understand many of the immense shifts that are underway.

These reports show rapid increases in consumption of edible oils and animal-source foods, snacks, fried food, and many other consumption trends in China that were already occurring across the globe, which may be result of rapid economic development, expansion of agricultural production, globalisation, urbanisation, and technological advancement.

Furthermore, dietary changes have also been accompanied by a decline in energy expenditure associated with sedentary lifestyles resulting from motorised transportation, labour-saving devices at home and at work, physically undemanding leisure activities, all which can contribute to weight gain. The rising epidemic of overweight and obesity among adults and adolescents has driven the increased prevalence of noncommunicable diseases (NCDs) such as cardiovascular diseases, diabetes, and certain forms of cancer.4 NCDs are currently the leading causes of death in China, and mortality rates are projected to increase in the future.

Obesity and related chronic diseases create a negative impact on individuals, families, communities, and the country as a whole and are China’s primary public health concerns. Recognising that obesity and associated diseases are both individual and social problems, China has pursued a set of integrated, multi-sectoral, and population-based policies. In addition to the introduction of Healthy China 2030, there is the National Plan of Action for Nutrition in China serving as an overarching framework for setting food-based policies related to the country’s nutrition and health issues.

However, despite these efforts, the country still faces complex food and nutrition issues that are at the core of its economic and social development. Broad based nutrition programmes are still missing and there are insufficient institutions to coordinate and manage nutrition interventions. The coexistence of underweight, micronutrient deficient, and overweight populations further complicates the situation.

Based on the key findings obtained from CDGSRR published in 2020, the top five dietary issues affecting the Chinese population are:3

The report has highlighted that the consumption of salt and cooking oil in daily dietary intake among the Chinese population are at a high level, with an average of salt intake of 9.3 g per capita, compared with a recommended daily limit of 2g. In addition to salt and fat intake, added sugar intake is also a concern and the sales of sugar sweetened beverages (SSBs) have increased year-on-year, with 42.1% of added sugar intake contributed by SSBs.

Other related concerns cited in the report include micronutrient deficiency especially in children and elderly living in the rural areas, which suggests uneven socioeconomic development, nutritional issues with vulnerable populations such as pregnant mothers and infants, including low breast-feeding rates, and food waste and unhealthy food preparation.

To address these nutritional issues, the report suggested that key strategies need to be developed that can:

Considering the various challenges and opportunities highlighted, food ingredient companies will play a vital role by providing practical and effective solutions to beverage and food manufacturers which, in turn, will allows consumers to have access to healthier dietary options.

Given that dietary fibre is one of the most studied nutrient, it plays an important role in reducing sugar in foods and beverages.. With the growing consumer awareness of fibre’s health benefits, it has driven the demand for dietary fibre for the use in enrichment and fortification of food and beverage products.

Similarly, low- and no-calorie sweeteners (LNCS) such as sucralose, allulose and stevia also play a role in calories and sugar reduction. These sweetening ingredients, with all the taste and functionality of sugar, contain negligible calories and have little impact on blood glucose response levels. They provide sweetness while replacing a certain percentage of sugar in the product leading to a reduction in total calorie content. As supported by science, the application of LNCS in place of sugar can lead to the reduction of total dietary energy intake, helping one to achieve a better weight management programme.5

New training modules on low and no calorie sweeteners