14 December 2022, London, UK – Tate & Lyle PLC (Tate & Lyle), a world leader in ingredient solutions for healthier food and beverages, is pleased to announce the publication of its Purpose Report 2022. This interactive report showcases how Tate & Lyle is Transforming Lives through the Science of Food and details progress against the targets and commitments set out in 2020 in areas such as sugar reduction, community support and tackling the climate emergency. 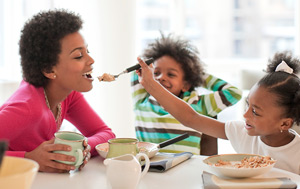 Nick Hampton, Chief Executive, Tate & Lyle, said: “We are living in an immensely challenging economic environment and life is getting harder for people everywhere. That’s why our purpose of Transforming Lives through the Science of Food, and through it the positive impact we can have on healthier living, our people and local communities,and the planet, has never been more important to us.”

Tate & Lyle’s purpose is lived through three pillars: Supporting healthy living; Building thriving communities; and Caring for our planet. In 2020, Tate & Lyle set targets for the following 5 and 10 years under each pillar, against which good progress is being made. For example:

Purpose Report 2022: Transforming Lives through the Science of Food is available to download here

A snapshot of Tate & Lyle’s progress on its targets and commitments is detailed below:

Caring for our Planet