Our part in the Chicago Bears’ 100 years of American football

This year marks 160 years of Tate & Lyle, but colleagues at our production facility in Decatur, Illinois, US, are also celebrating another significant milestone – our history as the birthplace of the legendary Chicago Bears and the start of their 100th season. 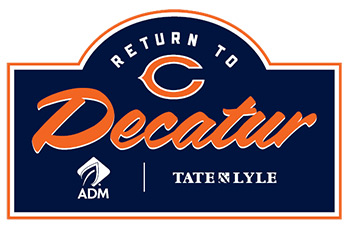 Did you know that the Bears had their start as an company team with the Augustus Eugene (A.E.) Staley Manufacturing Company? Let’s take a quick history lesson…

In 1917, lifelong sports fan A.E. Staley, owner of a starch plant in Decatur, Illinois, founded an organisation for his employees called the Staley Fellowship Club. The club sponsored both baseball and American football teams for the company’s staff. Two years later, the ‘Decatur Staleys’ were born from the shared vision of Staley and the company’s sales representative-turned-player coach, George Halas. The team won the inaugural national professional championship, and the next season moved to Chicago and became the Chicago Bears.

According to Halas, who would become a co-founder of the NFL, much of their early success grew from Staley’s innovative philosophies, allowing his employees in the team to exercise for two hours a day, on company time. They became American football’s first ever professional team to hold daily practices.

Seventy years on, Tate & Lyle bought 90% of the A.E. Staley Manufacturing Company, before acquiring the last 10% at the turn of the 21st century. We’re proud to share a historic strand of our DNA with the Chicago Bears, and Decatur staff even decided to incorporate the original Staley Bears jersey design into a limited edition site uniform giveaway!

This July we were involved in the Bears’ centennial festivities as a co-sponsor of the Bears ‘Return to Decatur’ event, a community celebration featuring Bears’ Coach Matt Nagy and General Manager Ryan Pace. Christine Hood, Tate & Lyle Culinary Technician, also prepared a special birthday cake to mark the occasion, incorporating PROMITOR® Soluble Fiber, which we produce in Decatur. “As a lifelong Bears fan, I was so excited to get the chance to make a cake to celebrate my team’s 100th birthday,” Christine explained.

“I’ve helped many customers lower sugar and calories and provide extra nutrition in their cakes using our fibers, but making a cake for Bears fans with an ingredient made at the plant where the original team worked before they became NFL superstars made this a very special bake for me.”

Keep an eye on our social media channels Twitter and LinkedIn to see how we were involved!