9 February 2022 - Tate & Lyle PLC (Tate & Lyle) is pleased to announce the appointment of Dawn Allen to the position of Chief Financial Officer, and to the Board of Tate & Lyle, with effect from 16 May 2022. 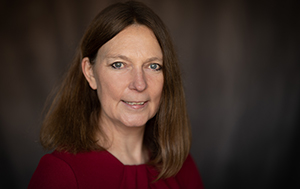 Dawn Allen joins Tate & Lyle from Mars Incorporated, where she has been Global CFO & VP, Global Transformation since 2020. Prior to that, during a 25-year career at Mars, she has held a number of senior financial roles in Europe and the US including Global Divisional CFO, Food, Drinks and Multisales and Regional CFO Wrigley Americas.

Nick Hampton, Chief Executive said: "I am delighted to welcome Dawn to Tate & Lyle. With over two decades of experience in the global food industry and a proven track record of financial leadership, Dawn is an outstanding addition to our executive team. I very much look forward to working with her and continuing to drive our growth agenda as Tate & Lyle enters a new chapter as a focused global food and beverage solutions business.”

Gerry Murphy, Chairman said: “Dawn’s extensive financial, commercial and international experience will be of great value to Tate & Lyle and she is a very welcome addition to our Board.”

Dawn Allen, 53, started her career in 1991 working for the auditing firm EY based in the UK.

In 1995, she joined Courtaulds plc in their Corporate Finance department before moving to Mars, Incorporated in 1997 initially to work as Europe Confectionary Finance Manager spending some time based in the Netherlands. She returned to the UK in 2000 taking on Sales Finance and Financial Controller roles before being appointed as Country CFO Mars Chocolate UK in 2007.

In 2013 she moved to Chicago to act as Regional CFO Wrigley Americas before moving back to London in 2016 to take on the role of Global Divisional CFO, Food, Drinks and Multisales. Then, in 2020, she was appointed to her current position at Mars of Global CFO & VP, Global Transformation.

Dawn is also a Non-Executive Director of Tasty Bite Eatables Ltd, a public company based in India. She holds a Bachelor of Science in Chemistry at Bath University, UK, and is a member of the Institute of Chartered Accountants of England and Wales.

Dawn Allen is appointed on an annual salary of £475,000. This will next be reviewed in April 2023. She will participate in our established executive director incentive arrangements, currently comprising, in summary:

She is required to accumulate a shareholding in Tate & Lyle equivalent to three times base salary within five years of joining.

To compensate Dawn for incentive awards that she will forfeit at Mars, Incorporated, Tate & Lyle will make her two performance-based Awards over Tate & Lyle shares: (i) an Award with a headline value of £785,000 which will be capable of vesting on the first anniversary of employment with Tate & Lyle, subject to achievement of performance conditions relating to specified individual and business objectives; and (ii) an Award with a headline value of £950,000, subject to the same performance conditions as Performance Share Plan Awards made to Executive Directors in 2021, and capable of vesting following the announcement of full year financial results for the year ending 31 March 2024. These compensatory awards will be subject to forfeiture/repayment in full if she ceases to be employed in the first 36 months of employment due to her resignation or dismissal for cause.

Other than as disclosed above, no other information is required to be disclosed pursuant to paragraph 9.6.13R of the Listing Rules in respect of Dawn’s appointment.