Diabetes in Asia: Are we at higher risk?

Home to 60% of the world’s population, Asia Pacific is undergoing rapid socioeconomic, technological, and cultural transitions. While these transitions have reduced poverty, they have come with considerable health consequences. 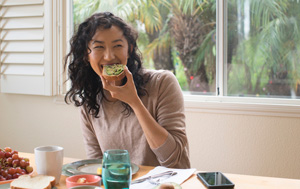 Amongst the 422 million people globally affected with diabetes in 2014, over 230 million were from Asia, with most cases originating from China, India, Indonesia and Japan.1,2 The severity of this problem is best illustrated in China, where a recent national study found that around 15% of adults were reported to have diabetes and 50% were reported to have prediabetes.3 Of particular concern is how diabetes is affecting a younger demographic in Asia, where the largest number of people with diabetes are 40-59 years old - compared to other countries in the world where people with diabetes are generally over the age of 60.4

Physiologically, evidence has shown that Asian people are more likely to develop diabetes than their Caucasian counterparts even when controlling for body mass index (BMI) and waist circumference.5 This is thought to be partly due to their propensity to store fat viscerally rather than subcutaneously, which is not captured in the traditional anthropometry measures of adiposity such as BMI.6 Asian people are more insulin resistant than non-Asians, even in relatively lean subjects, with increased concentrations of free fatty acids and inflammatory markers.7 Research has shown that Asian subjects exhibit higher glucose excursion during an oral glucose challenge, suggesting lower beta-cell function to overcome insulin resistance than non-Asians. These biological differences put Asian people at higher risk of developing diabetes. 8,9

In Asian countries where access to healthcare is limited, it is more difficult to treat diabetes-related medical conditions such as end-stage kidney disease, stroke, sepsis and leg amputation, which commonly are the leading causes of death in diabetic patients.11 In more developed Asian countries that have a better provision of medical treatments, coronary heart disease, heart failure, chronic kidney disease and cancer have become the major causes of premature mortality and morbidity, for those diagnosed with type 2 diabetes. Rapid modernisation from an energy-scarce to an energy-dense living environment has led to high rates of diabetes and obesity.

Depending on the different combinations of external factors: nutrition, lifestyle, psychosocial stress, and access to healthcare, genetically predisposed Asians (who have increased visceral adiposity, insulin resistance and impaired β-cell function) can exhibit different health outcomes ranging from good quality of life to increase in mortality rates.12,13

As the multidimensional nature of societal, technological and behavioural factors continues to unfold in Asia, Asian people can rise to the challenge by implementing notable prevention measures and lifestyle modification programmes, leveraging information technology for care integration, and establishing a diabetes registry for quality assurance, all for driving collaborative efforts to ‘fight’ diabetes. Though different countries in Asia are at different stages of this journey of health evolution, the diabetes epidemic should and can be addressed through personal, societal, and system changes. 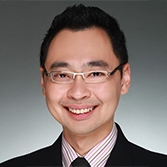 Written by Thomas Teh, Tate & Lyle's Nutrition Scientist for Asia-Pacific

Five myths and facts about low or no calorie sweeteners